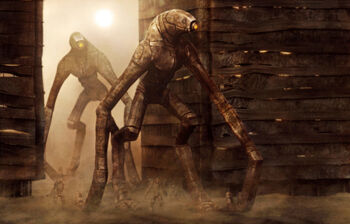 An Unliving tribe is an all-encompassing term for members of an entire evolutionary branch of the Unliving brood.

The Unliving are divided into several main tribes according to their genetic disposition. The relations between individual tribes are very complex and hierarchic. Some are traditionally allied, some have a deeply entrenched hatred of each other. 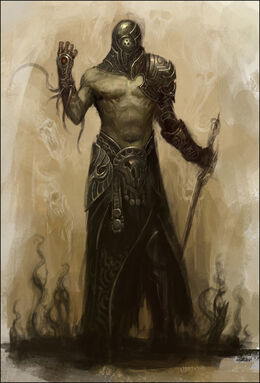 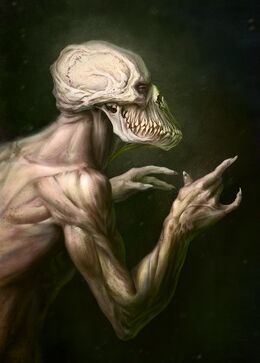 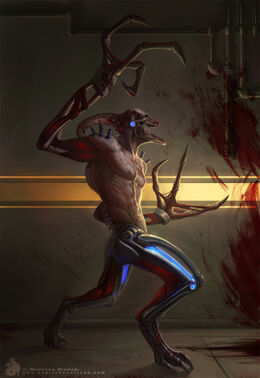 Hypomors dwell mostly in remote regions of the Periphery where they hunt the vulnerable lasturos.
(Coraabia Artist: Marissa Rivera)
Retrieved from "https://coraabia.fandom.com/wiki/Unliving_tribes?oldid=8465"
Categories: