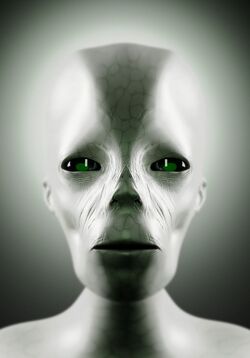 The life of the young Tach Djuk took an unexpected new direction thanks to the visit of the c'orish xenoZOO, where he is impressed by the wildness of the ruuk species. The youngster immediately departed for Annor, where he received a grant for research of ruuks in their natural habitat. His scientific vi-log, called Ruukish sexuality and mating rituals ignited significant controversy and soon spread even outside of the academic environment. The surprised Tach Djuk released additional (and this time for a charge) documentation and materials. The record amount of downloaded copies proved that Coraabians are intrigued by such show despite their traditional xenophobia. Even though the titles of additional vi-logs such as Domiruuk or Buroten threesome explicitly defined their contents, the author keept refusing to call it xenoporn - claiming that it remained purely scientific research.

He stuck to version of scientific research even then, when two talish females appeared along with a boruuk in one of his studio shots. Tach Djuk proclaimed that even this is not xenoporn, as he believes that sexual interactions with other species is as much important for the academy as the interactions among the ruuks themselves. The Court circle charged him with high fines, but the rich Umak paid these off without major problems.

After the release of the Annkor from below vi-log, Tach Djuk got into a conflict with his family, which perceived his activities as shameful and deplorable. His father rejected him and forbid him from contact with his younger siblings. The insulted Djuk reacted by shooting his latest work named Gee-El-Blit, in which the actor Ja-Barr portraits the parodied character of Djuk's father (and gets naked for a record amount of money).