Sol caste is the oldest and possibly the most powerful mercenary group in Coraabia. 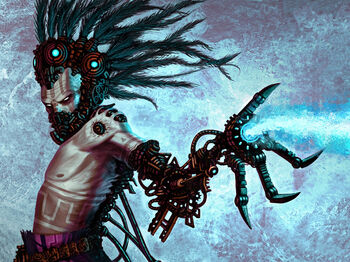 If we summed all domains the Sol caste possesses, the public would have to admit it faces a full-fledged superstate which is always wherever its services are needed. - Sol Mon • 4270 Tu
(Coraabia Artist: Arturo Aguirre)

The first mentions of Sols come from 455 Tu. Thousands of individuals from all corners of Coraabia were its members at some point. Sols first organized themselves from the remnants of the forbidden movement Eikku. During the War of the Seven Saint Worlds, their teachings were heavily influenced by thinkers from the legendary academy Psi-Pu-Xan.

Some Sol rituals and commandments have not changed for millenia.

A newly graduated adept adopts Sol as the first name and follows it with a pseudonym which usually three to five characters long. The pseudonym is usually a shorthand for the original name or it symbolizes some personal characteristic or unique feature of given Sol. The official communication language in the caste is Mogra.

The Sol caste is led by a solmaster. There is always only one. The office is for life. Once a solmaster dies, a new one is ímmediately elected. All members vote at once over the sub-net. The first solmaster was Sol Dur. He assumed his post in around 650 Tu, when Sols finally admitted that overt decentralization hurt their operation capabilities and potential.

The Sol caste is ostentatively egalitarian - everyone except the solmaster dons the same rank.

The caste heavily emphasizes the necessity of possessing the best equipment and logistics possible. It has its own boters, advanced artificial intelligence, bases, and ships - all at the highest level of current technological progress.

Sols are immensely rich. The caste owns vast swaths of planets all across Coraabia. Despite this fact, Sols do not have any headquarters, let alone a pompous one. Traditions as well as security concerns trained them to avoid meeting in large numbers in one place. They operate in small units and most of their business is handled through unknowing intermediaries or over the sub-net.

Sols secretly address each other with the name of the solmaster, currently thus "Mon" (after Sol Mon). The identity of solmasters is often kept secret from the public who nevertheless happily speculates about it as the individual Sols are often well-known amongst Coraabians (at least their caste names). After the solmaster dies, Sols usually pay their late leader their honors by making his caste name public.

Numbers of currently active Sols oscillate between 200 and 500 members. 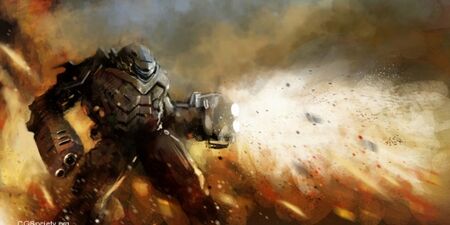 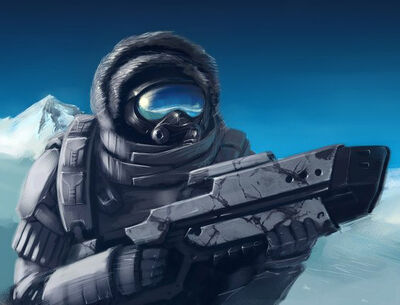 Sols operate on any world unhindered by any natural difficulty.
(Coraabia Artist: WhoAmI01) 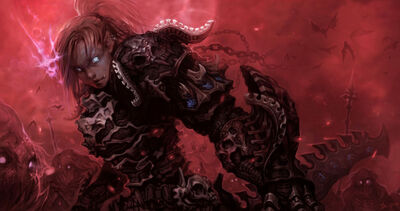 Sol Amra - an incredibly scheming woman that became legendary for the ease with which she destroyed anyone who dared to stand in her way. • 1040 Tu
(Coraabia Artist: Keun Ju Kim) 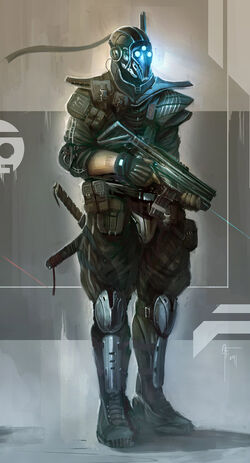 A Sol adept in training gear. Recruits cannot use the title Sol during the admission process - they are usually called kedde (non-binding) or gu-kedde (halfway through).
(Coraabia Artist: Tom Edwards)
Retrieved from "https://coraabia.fandom.com/wiki/Sol?oldid=26743"
Categories: