From Coraabia Wiki
Revision as of 07:57, 28 September 2014 by @DeletedUser40406278 (talk | contribs) (Created page with "File:Tom Kippur_by_Johann_Bodin.jpg |thumb|270 px|left|alt=A |''I thought it would be a graceful ride, a magical and extraordinary adventure. But I wobbled to the blackest h...")
(diff) ← Older revision | Latest revision (diff) | Newer revision → (diff)
Jump to: navigation, search 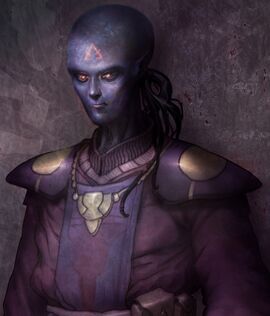 I thought it would be a graceful ride, a magical and extraordinary adventure. But I wobbled to the blackest hole in the entire multiverse. - Kippur
(Coraabia Artist: Johann Bodin)

A young police psychologist Tomosgen Kippur came to Coraab soon after he had failed his job interview at Liga, where he applied for the position of ligan. He got a feeling that a civilized world's Periphery could have been a springboard for starting his career faster, allowing him to succeed at home as well in few years. He had no idea how way off the mark he was. A job at the Planetary kops is well paid for Coraabian standards. Nevertheless, the level of a certain professional comfort is far worse than the one Tom could expect in his homeland. Sector 6 of the Coraabian metropolis soon revealed its true colors – a rotten hellhole full of dirt, drugs, violence and corruption. Tom Kippur (the way colleagues shorten his exotic name) mentally collapsed after few months and was forced to undergo a treatment stay in the Nom-Falla clinic.

Since that time, Tom's colleagues have occasionally teased him somewhat mischievously by pointing out that he was a psycho treating other psychos. Despite his squeamish nature, Tom is an educated and polite young man who just cannot handle watching the horrible scenes that are bread and butter for all policemen on Coraab; the scenes he is exposed to while working at the Planetary kops' headquarters.

Tom has unsuccessfully committed a suicide once. It happened soon after he had to spend most of his savings to cover the costs of the treatment in Nom-Falla. He had been saving up for a ticket back home to Cosmopolitan Worlds and he counted it would take him another thirty Tu to save such an amount from his salary of a police psychologist.