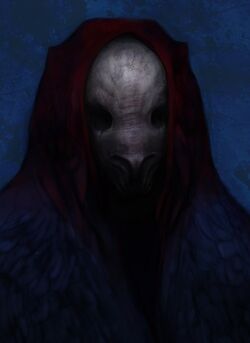 Centuries ago, the central Sectors were bombed and deadly radiation erradicated all rebels in hiding - the era of Skeletarchy began. It was important to find someone to watch over the sealed city centre - even Tols after the preventive strike, irradiated and often insane creatures spilled from the smoking ruins. Skeletor council formed the innero forces to fulfill a sole mission - guard all entrances to the devastated heart of the centropolis. The best and toughest law enforcing men and women were selected, who would mercilessly shoot the shambling desperate victims trying to pass the barrricades.

Inneros had to endure extreme situations over the history - they fought cannibals, dispersed crowds of irradiated survivors that were suicidaly trowing themselves in dozens and hundreds at the isolation walls.

Innero forces exist to this day, however, thanks to centuries of research and generous investments, the situation in devastated Sectors improved. That turned Inneros, previously supposed to be butchering rangers, into relatively affable law enforcers. But even to this day, Inneros are the only security force with the right to shoot at unarmed civilists without previous warning.