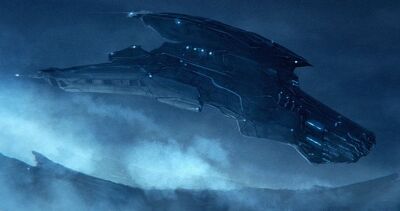 Ingar (also dubbed cold ship) is a general term reffering to a practically undetectable military interplanetary ship of any size used for secret missions. Thanks to advanced cloaking technology, ingar is almost impossible to detect with conventional sensors. The ship is however still visible by a regular eye so visual detection mechanism work against it. Ingars are in possession of only a handful of developed worlds - they are in the arsenal of Liga or in the WaalkWakian fleet. The mecha-culture Redda also owns several of these ships.