Hunt for Machines was a Guardian-themed activity event on Coraab.

The individual episodes of this activity series was launched in these dates:

Yet another corruption scandal erupted in the police boter guild HONK. Its guildmaster and leading officials face allegations of illegal trafficking of military hardware right in the guild's workshops. The beginning of this Light Day saw Planetary Kops conducting a vast raid in several centropolitan Sectors that should bring all suspects under arrest.

The Planetary Kops commenced a large operation aimed against the top echelons of Su-Angi smugglers today. The action is a culmination of the affair concerning the illegal trade with military hardware. The police has publicly accused the chief smuggler Su-Arra of efforts to procure several battlebots of the feared series TURGOR.

The top five Su-Angi smugglers including their boss Su-Arra were sentenced to life at the C'Orian trial circle. Coraabian nu-bloggers ponder the possible end of the crime syndicate Su-Angi. The confiscated components of bots from the series Turgor will be returned to their Wakian manufacturer at the first opportunity. 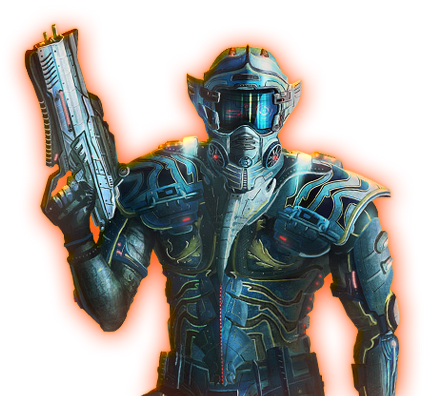 VENCHPOR: Kops! Corruption has always been our mortal enemy, it decimates morals and the legitimacy of the planetary government. Whenever any lawman gets tangled in the despicable web of corruption, it is your duty to bring him to justice - even if he was your own brother! I was informed that the police boter guild HONK has become such a den of corruption. The boters allegedly traffic in confiscated technology. Bring their guildmaster for interrogation. Now!

I have personally talked with the HONK guildmaster. My assessment as well as the analysis of behavioral probes hint at his innocence, he was apparently unaware of the corruption affair in his guild. This is but a minor setback in our investigation. Continue in gathering more evidence!

VENCHPOR: We have arrested six more boters from HONK. One of them, I forgot his real name but they call him Spangle, broke down during the grilling and snitched everything on his colleague. Sadly for us, they found him dead near the boters' workshops at the beginning of this Tu. We are going in circles and my superiors from InCorps start to lose their patience. Someone is merrily selling confiscated military hardware right under our noses! I want results.

Well, that is something. You have found the connection between sold contraband and transactions on the haze market. The tracks lead to smugglers from Su-Angi - that could have been expected. We just need to find out who is the actual traitor in HONK.

VENCHPOR: We have found fresh clues that will help us track down the culprits. It seems that the gullible guildmaster failed to notice what a monstrous network of thiefs and smugglers operated in HONK. This will be a huge pancentropolitan scandal. The time has come for a big raid right in the HONK workshops. Apprehend all higher-ranked boters. The tinkerers will be hard-pressed to forgive us for a long time but do not get distracted by that.

We have got what we wanted. The cells of Planetary Kops are packed with arrested police boters. A week full of paperwork is ahead of us and all that just to show the armos we are doing the right thing!

VENCHPOR: Kops! I selected you for a special mission that is closely connected to the case of corrupt HONK boters. Those fools even sold several functional components for the bot series Turgor. You know how dangerous those bots are - compared to them, Indigo-bots are child's toys! Head over to Su-Angi smugglers and find out whether they still have those spare parts.

My darkest fears came true... replay that vi-log! The Su-Angi have a working Turgor right here in the centropolis? And who should be their buyer? Separatists from Unree? Mobsters from Blupan? This stops now!

VENCHPOR: Fall in! Immediately gather your entire squad, you will support kop Smuyaka during her raid on Su-Angi smugglers. If they activate the Turgor, it will wreak havoc over the whole C'Ora. The general public is appaled by the widespread corruption in the police force. We must show our citizens there are still honest kops out there who will protect them and serve them. Incapacitate that battlebot at all costs!

That's more like it! You have fared very well. The Turgor was eliminated before it was able to activate its deadly weapon systems. Su-Angi smugglers now rot behind bars next to boters from HONK, right where they all belong. You deserve a promotion! 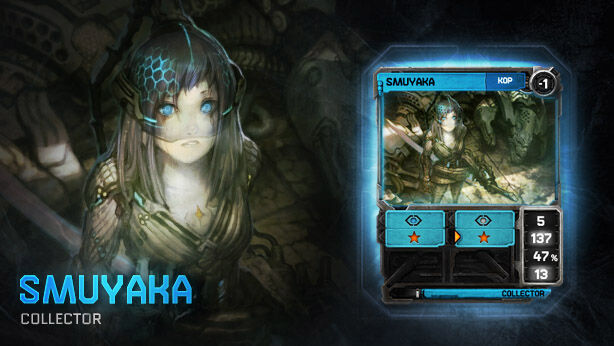 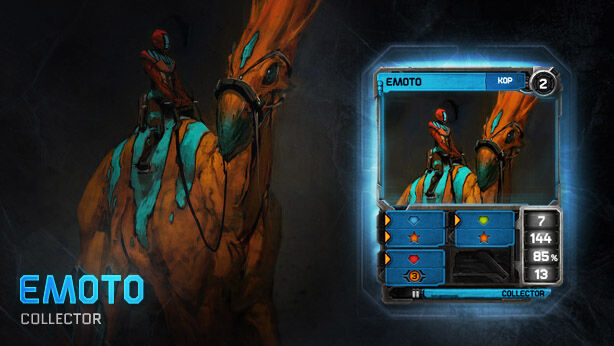 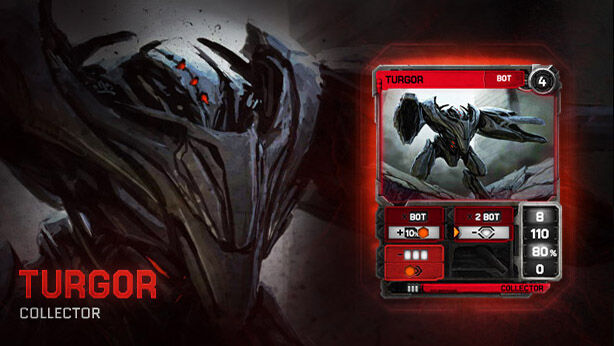