Gu-Rang (It Began on Rang, derived from the battlegrounds of Dubbu-Rang) is a popular name for the Dung uprising for the rights of lesser Unliving tribes that took place in 4270 Tu - 4271 Tu in Coraabian centropolis C'Ora.

7L|6|4270 Tu - An Un-Nom-Pak match ended in a bloody confrontation with centropolitan forces. A thousand Dung strong mob led by a nom wrestler Mugu started wreaking havoc in the streets of Sektor 9. Governor Zula imposed martial law in the area. 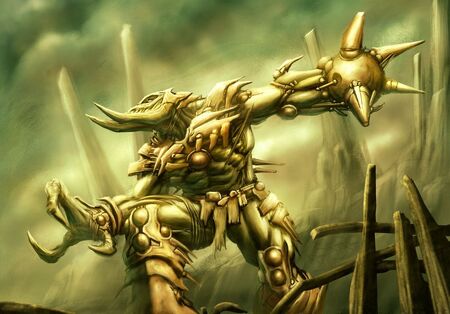 Dungs marching on the city centre[]

31L|6|4270 Tu - Since the beginning of the Dung uprising on the Dubbu-Rang stadium, more than 600 civilians already died. Mugu addressed the Unliving masses and proclaimed himself a direct ambassador of B'Um (He Who Creeps from the Vat). In an interview for CorCHA, Hermes stated that centropolitan forces will use all means necessary to stop the insurgency - including biological weapons.

49L|6|4270 Tu - I.C.A. started deploying organic weapons on a large scale. The Un-Nom-Pak stadium was the first target and the entire nom squad of the franchise Joobo-Habuta became the first victims. Its leader Xurug perished at its North gate. Shortly afterwards, Mugu dubbed the Dung revolt as "Gu-Rang" and promised InCorps a devastating revenge.

6L|7|4270 Tu - After facing tough resistance from the InCorps units, the rebels pulled back to their initial positions. Dungs from the movement Gu-Rang resolutely refused to surrender and were ready to fight to the bitter end. Mugu demanded completely autonomy of Sector 9 from the centropolitan government. Zula left this demand unanswered.

65L|7|4270 Tu - The leaders of the Dung uprising Gu-Rang were escorted in front of the trial circle. The InCorps announced the end of military operations and pulled its units from Sector 9. Governor's right hand man Bor Khal was celebrated on oroi as a hero.

7L|5|4271 Tu - A civil trial circle sentenced Mugu to death. It was a mock ruling that did not have any binding power. Thousands of Unliving gathered to voice support for the Unliving leader of the uprising Gu-Rang. The final verdict would come from a public hearing of the ultimate C'Orian circle, taking place in the following Tols.

6L|6|4271 Tu - The fate of Mugu and other leaders of the Dung uprising Gu-Rang was being decided at the ultimate circle. "The planned execution is an act of open racism against the Unliving," claimed Valigursai from his exile on Khoptid. "Justice must be served" reacted Governor Zula.

42L|6|4271 Tu - Dung Mugu was officially sentenced to death. The execution would take place in the diffusion chamber in Goa'Kach. The trial circle sentenced other leaders of Gu-Rang to serve long sentences as well. Hundreds of Dungs protested in front of the building, Oor-1 reported some injured civilians. Security forces in the vicinity of Sector 9 were in full readiness to quell any more hostilities.

The announcement of governor Zula[]

The trial has ended. Citizens of C'Ora. The time has come for me to announce the circle's verdict.

The sentences for leaders of the nomdung uprising were decided by the judge-evaluators as follows:

orra'toi be merciful towards the sinners. The circle has ruled. I wish peace for your brood. The centropolis will not tolerate any more turmoil. Kaa, oraabi.

53L|6|4271 - Hundreds of Dungs wreck antigravs and pillage government offices. Commandos LAMAE closed the entrance to Sector 9. First fallen were transported from the streets and police cordons pushed the Unliving mob from the neighbourhood of the governorate. Armo Tubon stated that the situation in C'Ora became stabilized. The fate of the rebels from Gu-Rang was unsure. 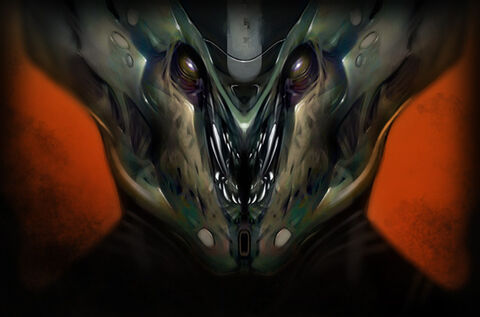