The character gains the given ability effect for each of specified card in the deck.

• Used in a passive ability, the strength of for each will be adjusted when the number of specified cards in the deck changes.

Example: [×Outlaw]: +1 Point (For each character of the faction Outlaw in the deck, player's character has its points raised by 1) 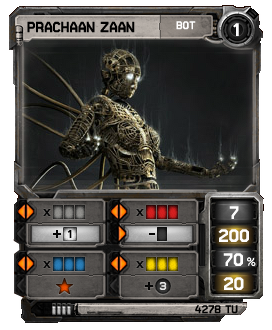 Featured cards with For each card