The ability effect can be triggered if given player's deck contains at least the given amount of cards.

Example: [3 Unliving]: OPP -4 Points (If the player has at least 3 Unliving in the deck, opponent's character loses 4 points) 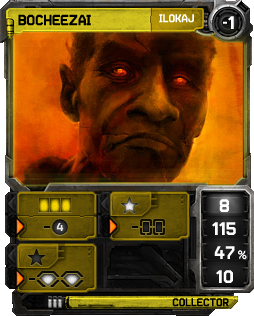