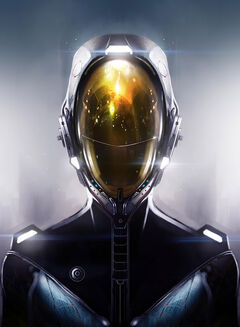 Moa'Iol, the beating heart of the Orbital University, processes countless streams of information and data from all corners of the multiverse. The complex machine requires ideal environment and conditions for its correct functioning, which are ensured by a large team of engineers and specialists. In 4255 Tu, the function of supreme technological overseer (also called the heartkeeper, Bumma'Tuol) was overtaken by an exceptionally talented Mograt oroist Boyre, who set himself the goal to carve Moa'Iol into a real wonder of sub-net engineering and an showpiece of Coraabian technology. Despite astronomical costs of the upgrade plan Boyre bravely submitted to the rector Qan Koolai, the project received a green light. In between 4257 Tu and 4270 Tu, the university's heart was gradually upgraded to the almost unbelievable sevenfold of its original processing power.

The breaking point came in 4272 Tu, when the whole system unexpectedly crashed and Orbital University was cut from all information streams for several Tols. The up to then celebrated Boyre was promptly blamed of amateurism and mismanagement. The heartkeeper continuously deflected all the accusations and tirelessly kept working along his squad to get the system back online. In the end, he managed to fully restore the machine to its original working state.

The reason for failure was found afterwards. Moa'Iol was damaged by a small Orbotoshan reptile, which somehow managed to escape from the university's kitchen and fried itself in the central interware. Boyre became worried that another such accident could ruin his life-long work and has not left the gigantic machine ever since. A rumor spreads around the university's halls that the weird Boyre has even engaged in a love romance with the heart's controlling artificial intelligence.