The player whose character is affected by Aggression becomes the winning player when the compared parameters of both characters are tied.

• When both characters have the same amount of instances of Aggression, the duel is tied as usually. 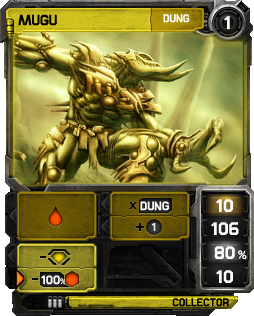 Gallery of cards with aggression